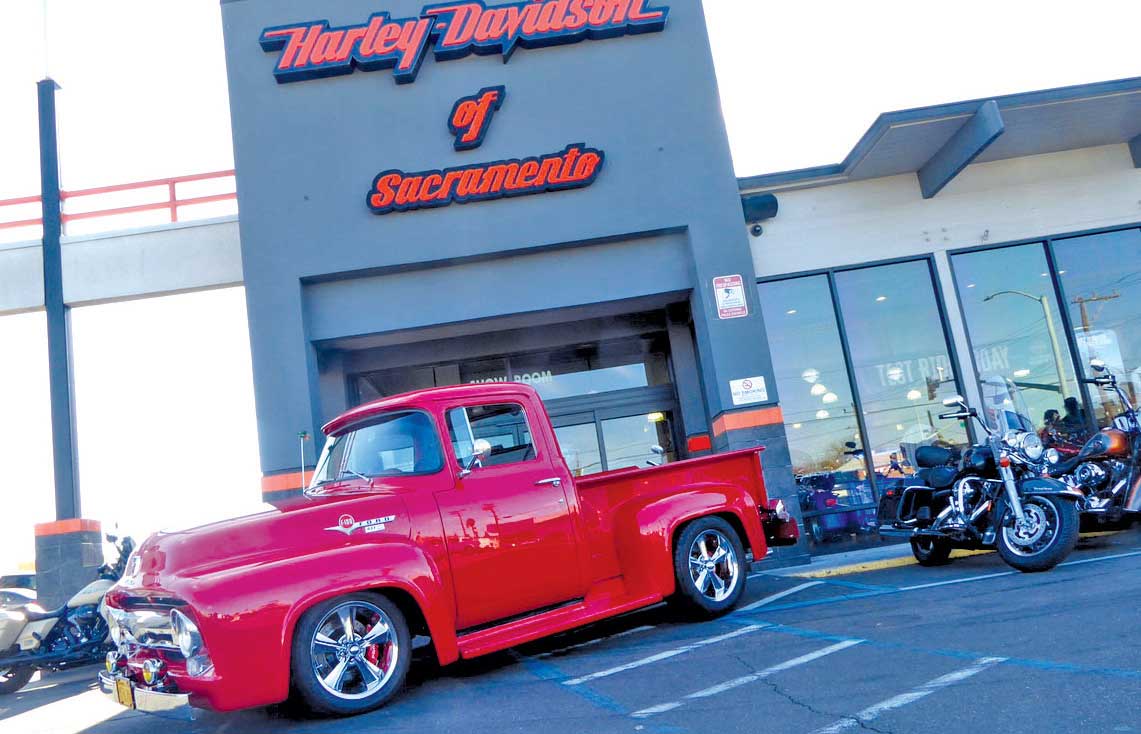 The truck was purchased new by the Carnation Milk Company in 1956 and until 1984, was a service truck on a Carnation Dairy in Washington, State. In 1984, the truck was purchased by a Carnation employee who swapped out the straight six for a 312ci Y Block, retained the stock 3 on the tree with overdrive, stock rear end. Note, I later verified with a Y Block expert that the engine was a 312ci based on block foundry mark, engine series stamp and crank flange dot. I doubt the story that the engine came out of a T-Bird as this engine did not have the couple inch extension on the water pump unique to T-Birds. So, the truck went through several owners and upgrades as detailed in the eBay sale ad provided by the then seller David Tucker in Fortuna, CA. My friend purchased the truck in April 2006 and it basically sat in a garage in Clarksburg, until I swapped my last Harley for it in mid-2014. It only had a few hundred more miles on it at that time. The truck, verified by the vin plate, has always been Torch Red.

When I bought it, the body was beautiful, and the mechanicals were all crap. The engine ran, but the steering, suspension, transmission, electrical, brakes and rear end were all shot, and the thing was a wreck waiting to happen … I had it worked on by shop using all new, high end parts and supplies, every part, system and component of the truck was swapped out retaining only the Y Block engine that was gone over and dressed up. I was a happy boy until I tried to stop the truck and found that the high end six piston Wilwood brakes on the front and four piston on the rear would barely slow and not stop the truck. I went to Rods R Us in Carmichael. Rods R Us determined expeditiously that I needed a Hydroboost to make race level brakes work with the vacuum produced by a 1956 Y Block motor. They also corrected the rear end to align it with the front end and corrected other issues, including later determining the transmission was junk. 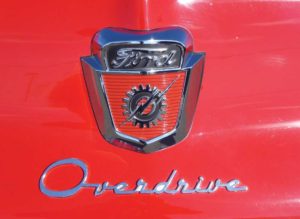 I was so happy with their work that when I later decided to swap out the Y Block for a go-fast engine that I went back to Rods R Us to select and install the engine. About the Y Block, it looked good, but had an underwhelming 136 hp at the rear wheels and it was dying. It had overheated a couple times and there were leaks between the block and heads on both sides. I made the decision that rather than repair the Y Block I was going to get the high-performance engine I had built the rest of the truck to handle.

I did not want an LS or even a Coyote motor and when Vic suggested a more old school, Ford Racing Performance 427 long block, I said, “Hell Yes.” So, this full roller engine has all the good stuff in it, Scat forged steel crank linked to matching forged steel H-Beam connecting rods capped with forged Mahle pistons and a hydraulic roller cam. I picked the aluminum X Heads, otherwise called the torque monster heads that cranks out 450 hp at 5600 rpm and 520 fpt from the get go on a pretty flat torque curve. We used an Edlebrock Victor Jr. intake and fuel it with a Holley Sniper EFI unit. The accessories, including Vintage Air all run on an Eddie Motorsports Serpentine Drive. I am amazed the shop fit the engine in around the Independent Front Suspension clip, but they did it. 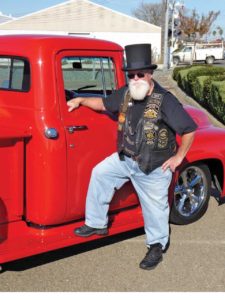 While swapping the engine the shop found that the “rebuilt transmission” previously installed in the truck was rusty with parts fl oating in the oil pan and additionally, there was a hole in the side of the case. Vic steered me to Jim Galatioto at his shop ATO Performance Transmissions in Rancho Cordova and if you have been in his shop you know, you just know. The shop is cleaner than my doctor’s office and the guy is the Go To in the Sacramento area. I could not be happier with the transmission that Jim built for my truck. It’s labeled as a HEAVY-DUTY PERFORMANCE build and I believe it. I mean it even includes a “Heavy Duty Beast Drive Shell” I like that.

So, I’ve been driving the finished product for several months now and having so much fun! I really enjoy going to the local shows and Cars and Coffee events. I’ve been lucky and collected several awards, including Best Trucks and even a Best of Show for an event with 400 vehicles. I still get beat out most of the time, but the fun is meeting and getting to know a bunch of great people and it’s always a pleasure to run into them and to meet new ones at the shows. Yes, the truck is for sale, but it is six figures so forget about it. 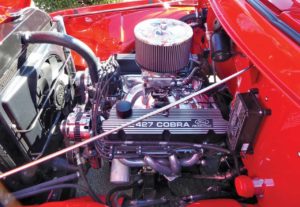 THE FOLLOWING IS HOW TO SPEND A LOT OF MONEY BUILDING A TRUCK: